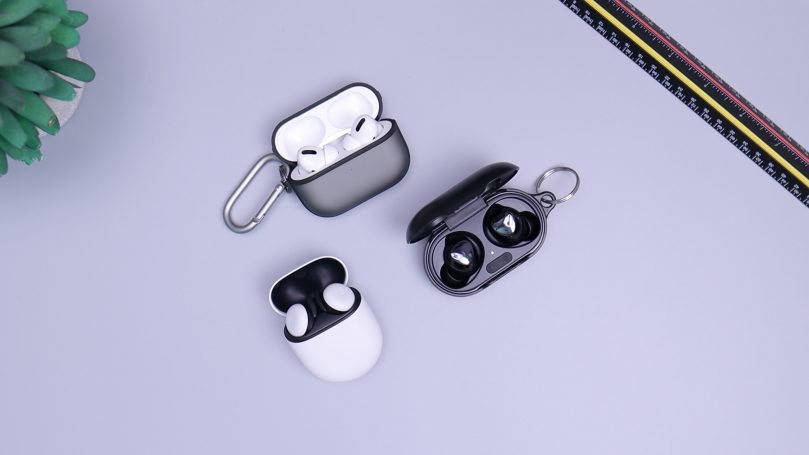 What Andreessen realized about AirPods

When Apple introduced the first generation Airpods, most considered them a cute, pricey gadget. Not investor Marc Andreessen, who identified them as revolutionary back in early 2019, right before the second generation was released.

What Andreessen got, that others missed, was the connection between hardware and content:

“The really big one right now is audio. Audio is on the rise just generally and particularly with Apple and the AirPods, which has been an absolute home run [for Apple]. It’s one of the most deceptive things because it’s just like this little product, and how important could it be? And I think it’s tremendously important because it’s basically a voice in your ear any time you want.

For example, there are these new YouTube-type celebrities, and everybody’s kind of wondering where people are finding the spare time to watch these YouTube videos and listen to these YouTube people in the tens and tens of millions. And the answer is: they’re at work. They have this Bluetooth thing in their ear, and they’ve got a hat, and that’s 10 hours on the forklift and that’s 10 hours of Joe Rogan. That’s a big deal.

Of course, speech as a [user interface] is rapidly on the rise. So I think audio is going to be titanically important.”

Last month, our Co-founder & CEO Amir Hirsh joined Nikolaj Hviid, CEO of Bragi, to discuss how Audioburst and Bragi are disrupting the earphone market through content and AI. The discussion was moderated by Bret Kinsella, founder of Voicebot.ai, and hosted by our friends at Voice Global 2021.

Kinsella pointed out that shipments of hearables doubled last year, as they became must-have devices.

Andreessen spoke in 2019 about the man on a forklift listening to 10 hours of podcasting. Kinsella continued where Andreessen left off and explained how in 2020 millions of people were stuck at home, trying to deal with noise in the background. Reliable hearables became essential as people discovered their benefits!

As we move back out to the world, he argued, consumers will continue to seek audio content wherever they are, but they will demand personalized content.

“The next phase in the development of this space is going to be personalization. That’s what we saw in the mobile era when we brought out the mobile video, social media, all sorts of visual personalization type of experiences, and that (personalization) has been the dominant trend.”

To deliver a personalized audio experience we will need a combination of three things: enabling AI tech, a distribution method (smart hearables), and, of course, personalized content.

During the interview, Nikolaj Hviid of Bragi outlined his vision for a wireless headphones computer that uses voice as its main interface. The headphones themselves are the computing device. They’re not tethered to a phone, tablet, or computer; they have computing power, including memory, storage, and a host of sensors:

“So, we’ve been communicating through audio for much longer than through writing and screens, and that will come back. We are building the infrastructure to enable that audio communication path.”

But this is no pipe dream. Bragi is already working with Klipsch and just last week, Skullcandy announced it will embed Bragi’s hands-free voice AI platform in three products this year.

How do we get there?

Amir believes that historically, we’ve overprivileged our eyes over our ears, but that will change in the audio era:

“Well…we were wrong. We valued our eyes more than our ears. However, research has shown that when we interact with one another, audio works way better than video. We should invest and place more and more of our budgets, of our activity, and our technology into the auditory world.”

This ״auditory world” will become the dominant one, overtaking text and even video.

But the first step is organizing the world’s audio content – analyzing it, segmenting it, and creating a platform that enables a personalized listening experience.

We’re on it, of course. And you can get a taste of it here or contact us to learn more!