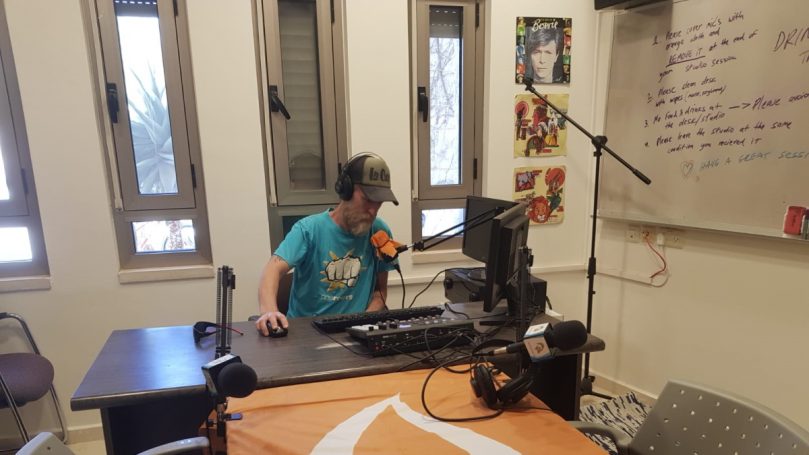 Podcasting in a Pandemic

Audioburst Creators
This content is brought to you by Audioburst Creators, a marketing management service that offers automated tools designed to help podcasters and other talk audio creators grow their audience. Learn more

Like so many others the podcasting industry was forced to adapt. We spoke to two podcast producers about the lessons they learned and the solutions they found.

If you work in podcasting, then you’ve probably spent a lot of time this year learning to be versatile and resilient. Producing, recording, editing and marketing your creation isn’t easy when you can’t go outside.

Covid-19 changed so many aspects of the industry; not just how podcasts are created, but how and when they’re consumed, and even what types of content people are tuning into.

In the first few months of the pandemic, as people were forced to change habits and cease daily commutes, podcast listenership fell. But that situation changed as downloads increased – listener numbers began to surge around domestic chore time and some genres, like wellness and meditation, saw audience traffic spike.

As the world remains hunkered down, the annual Podcast Movement conference has gone virtual this month, another necessary adaptation as networking remains as essential as ever for the industry.

It’s just another way the industry has learned to adapt.

“I drove across London to the presenter’s house, left a disinfected tape recorder and mic outside, and instructed him how to pad his office with pillows and towels.”

“Thank goodness for the Internet and digital technology, because if we’d been confronted by this situation 15 years ago my business would have ground to a halt.” Richard Miron says his London-based podcast consultancy Earshot Strategies Ltd has been forced into rapid change by Covid-19.

The former BBC journalist and U.N. spokesman runs a team of producers from his home attic, since lockdown made office life as fashionable as folksiness in a presidential election debate.

Out went face-to-face meetings with clients like the World Bank, EU, and Airbus. In came Zoom calls, pillow bunkers, and check-sheets sent in the mail to guests.

Miron says the old rules of pre-Covid audio casting were swept away as the industry had to cope with the sudden shutdown of societies.

“When lockdown started we were mid-production on one show. I drove across London to the presenter’s house, left a disinfected tape recorder and mic outside, and instructed him how to pad his office with pillows and towels. I sat in my car listening while he recorded his script on a Zoom digital recorder,  then sanitised the recorder and drove home.” (In case you’re wondering, there’s no connection here to the popular video conferencing app; Zoom Corp’s popular audio devices are a favorite among podcasters and other audio creators.)

Things did get easier, Miron said. “We’ve tried all sorts of things. Sometimes our reporters will use a Zoom recorder and two sets of headphones. One linked to their computer, the other to the Zoom recorder to stop audio bleed from one track to another. I have a stack of smaller versions of the recorder which I’ll mail to people for them to return.” (In case you’re wondering, Audio bleed is when one audio source picks up sound from another audio source.)

“We also found that using mobile phones worked. We have an app we ask guests to download, we send them an information sheet, and talk them through the process. We tried out Zencastr  and Cleanfeed but found this method, which is slightly more clunky, offers the best option.”

Pre-pandemic, De Sena savored face-to-face meets with A-Listers like Arianna Huffington, Gary Vaynerchuk, and Tim Ferriss, sometimes recording 10 interviews daily at networking events. But when Covid-19 meant no face-to-face contact, Abrams’ team acted fast to get out from behind the eight ball.

Abrams also produces her own show, Grounded Content. She says the downsides of podcasting during lockdown have been outweighed by Spartan’s new-found agility. “Spartan Up’s all about resilience, which was something our audience really wanted help with in early lockdown.

“We did daily open Zoom calls which anyone could join and asked past guests to take part. We’ve also been able to book better guests, be more flexible with our scheduling, and more timely with content because it’s much easier to fit the schedules of Joe and guests.”

Preparation is more important than ever, says Miron of Earshot Strategies. “We have the time to literally go through the physical space of the guest and find the optimal place in their home to get the best audio, ahead of recording.

“We were interviewing a senior executive in the US who didn’t have a mobile phone or headphones. He had a laptop, so we bought him a $20 headset and talked him through how to record on a voice app.”

“We’ve landed on a pretty low-tech approach that’s worked for us, using standard digital calling software, because it’s what everybody has.

Though Spartan Up will continue recording online, Abrams says recording face-to-face outside has resumed. “People used to worry about wind noise, but it’s not always windy and you can use a windscreen or stand next to a fence. My background is video and the secret there was always just mention the noise. If you say ‘that noise was a truck driving by’ you make it part of the story. People accept it and it kinda makes it richer.”

Abrams says those, like her, from professional audio-video backgrounds have been guilty of seeking audio perfection. “As long as the sound is clear and the audience can understand it and the content is good, people are accepting.

“We’ve landed on a pretty low-tech approach that’s worked for us, using standard digital calling software, because it’s what everybody has. We use Adobe Audition to clean things up and match levels and added pre-produced openers and closers that set the groundwork that it’s a quality show.” Abrams uses Cisco’s Webex video conferencing software for their online interviews.

Miron is also sending his reporters back into the field.

“Even though remote interviewing has made us more productive, I believe in seeing the whites of someone’s eyes. You’ll never get to know someone as well on Zoom as you do in person.

“As long as you maintain social distancing and follow all the up-to-date health regulations, interviewing outside is fine. I’ve just bought a boom for a reporter so she can work with a presenter and guests outside.”

But Miron believes podcasting, which he calls “the new frontier in the media” will continue to thrive, not merely survive. “It’s an incredibly dynamic field and changing at an incredible speed. We’ve learnt a huge amount in a short space of time and will carry on doing that. It looks like we’re in the long haul with Covid, but podcasting will adapt and keep growing.”

How have you had to adapt during the pandemic? Join our podcasters’ community to share your tips and learn from others